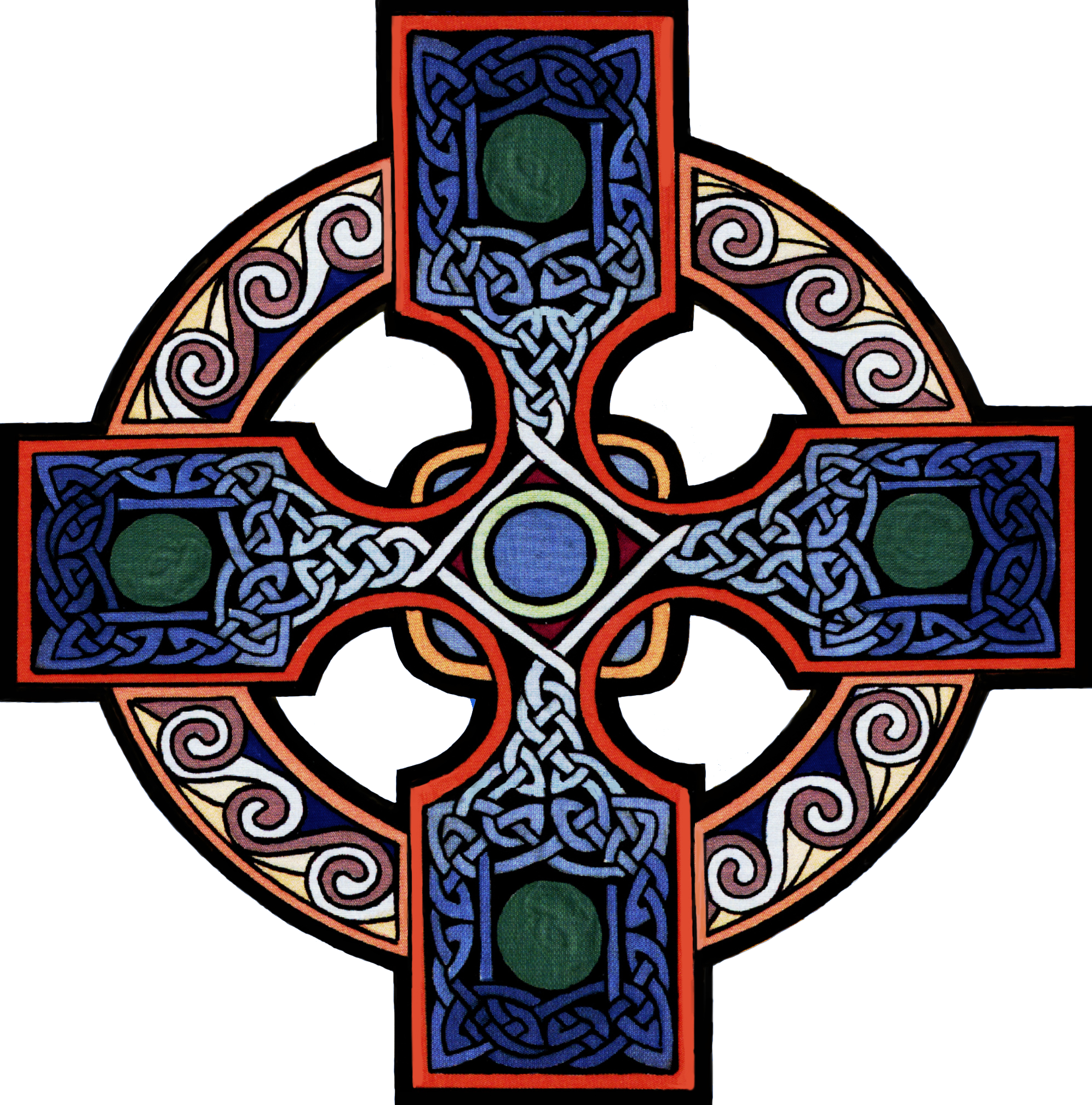 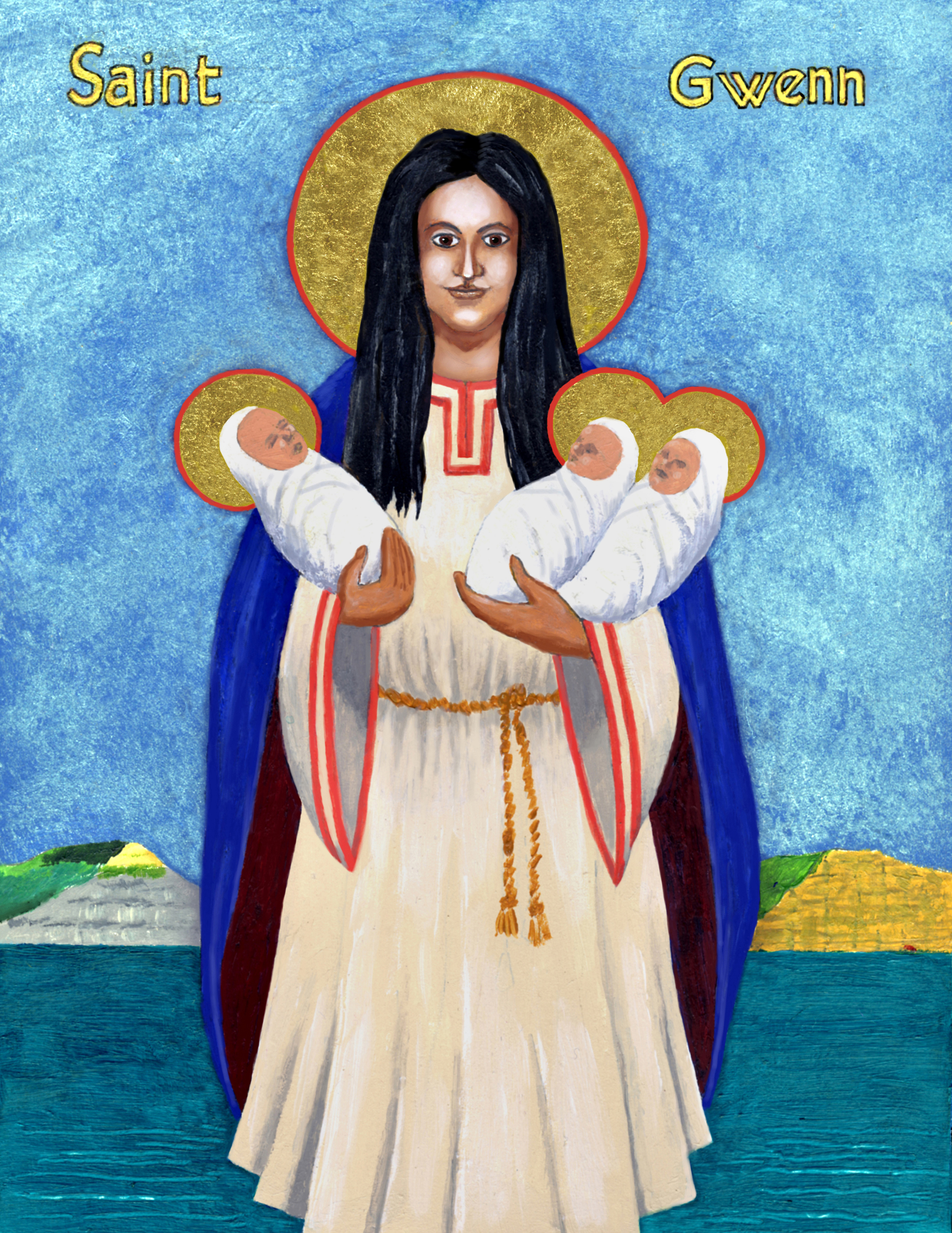 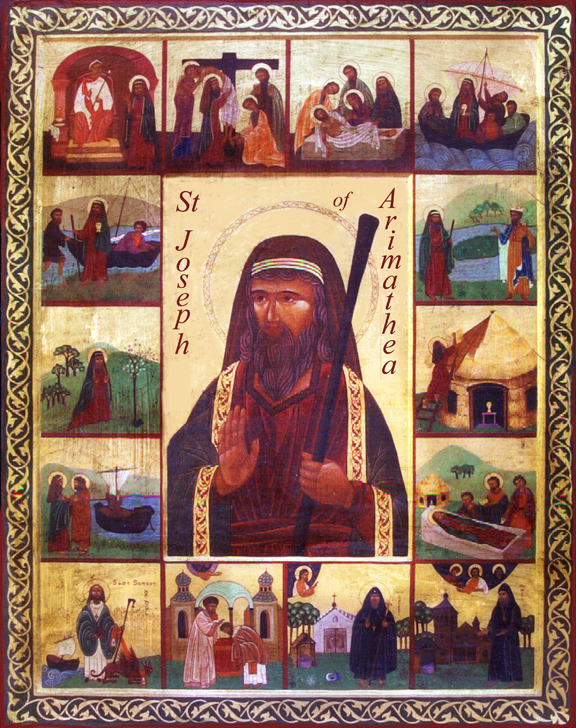 It is with great sadness that we record the reposing of our dear Deacon Aidan on 3rd February 2021.  He had been suffering from pancreatic cancer, and, at the end, was happily and comfortably resident at Careford Lodge in Merriott, where he loved the caring and compassionate staff, and they him.  Fr Leonard was with him at the time of his peaceful passing.

Aidan, as he became on joining the Celtic Orthodox Church, was brought up a devout Anglican Christian and was proud to have been in the church choir in his childhood.  His employment was in engineering, starting 'on the tools,' and progressing to engineering draughtsman - a skill that enabled him to make the neatest of notes and sketches in later life.

He became Roman Catholic and had a leaning towards the ascetic life, and with his like-minded friend Leslie Guthrie, established various monastic style communities, including in Cornwal and in Somerset.  These usually involved taking on remote and dilapidated buildings and working hard to renovate the property and establish a stable life into which others might come.  He was always exrenely 'green' and environmentally conscious. Latterly he came to Dorset - first at Bettiscombe, where he married Ann Blum, and later at Broadwindsor, where, in his bungalow he formed a beautiful oratory where the Celtic Orthodox liturgy has been celebrated Sunday by Sunday for the past year or more.

His profound faith enabled him to live out his illness cheerfully and resignedly and to look forward with eager anticipation to receiving the promises of Christ.

Lord, grant that he may have eternal rest...and make his memory to be eternal.

Paschal blessings to all who visit our website.  Christ is risen!  Indeed, He is risen!!

It was strange and sad not to have been able to share our services together this Holy Week and Pascha.  I know some of you appreciated my short video presentations for Palm Sunday, Holy Thursday, Holy Friday, Holy Saturday and Pascha.  Let us pray that the coronavirus situation will soon have eased sufficiently for us to resume services together.

Our Christmas Liturgy will be at 8pm on 24th December at St Gabriel's, Morcombelake, Bridport, Dorset

This will be our last service at St Gabriel's.  We are so grateful to the people of St Gabriel's for allowing us to share their church during this past year but in 2020 we shall be returning to the more intimate setting of private chapels.  Contact Fr Leonard for details.

Monk of the Celtic Orthodox Church

It is difficult to grasp that a man so vibrantly ‘alive,’ so full of fun, so full of life, is no longer with us.  Our loss is heaven’s gain.  I hope the angels can cope with his multitude of funny voices!

We often joked that he was in the ancient Orthodox tradition of ‘Fool for Christ!’  But he was no fool.  Funny, yes; cheeky, yes; superb mimic, yes; raconteur, yes.  Foolish?  Certainly not.  He was knowledgeable on an amazingly wide variety of topics, and would throw out bits of information like a walking encyclopaedia.  More importantly, he was a caring and compassionate person with a deep faith. He possessed generosity of spirit.

Paul Albert Anthony was born to Charles and Hannah Bridget Gosling on 20 August 1944.  Throughout his adult life he had a multitude of occupations, but the dominant one was Military service.  Since the time of the Crimean War it has been a Gosling tradition for each generation to serve in the Military, a tradition followed also by Danny, Paul’s son.  Danny said of his father, “He was a man of many skills and had huge life experience and wisdom.”

Among the non-military and non-medical occupations he was a mechanic on the buses, a taxi driver, a TV installation engineer, an Ice Cream vendor, a Sweet Shop proprietor (next to Fulham FC Football ground), and for a while he worked on the Railways at New Cross and Deptford in South London.

During the course of some of these occupations he trained to become a nurse, and his most significant work was as a Medic with the Honourable Artillery Company, and then with the RAF.

As a Medic within the Royal Army Medical Corps, he was deployed to Muskat in Oman in the 1970’s to fight alongside the Sultan’s troops.  He rose through the ranks and received a Battlefield Commission.  He attained the rank of Major.  He returned to the Middle East in 1991 as a Medic in the Gulf War.  He returned with Gulf War syndrome.

Later, being a trained chiropodist, he set up his own chiropody practice, also working as a District Nurse.  He also served as a nurse at HMP Belmarsh.

Before returning to single status Paul was three times married.  It was with his second wife, Jean, that he had his three children, Jennifer (after ‘Jenny Wren’ because she was so tiny!) in 1971, Celia in 1972, and Daniel in 1973.  In 1991 he married Sue to whom he had been friend and soulmate since she was 19, and of course remained so to the end.

It was in 2009 that he received a serious head injury having been hit by a drunk-driver whilst he was on his way to spend Christmas with his daughter Jennifer.  He was in a coma for months.  It was whilst in hospital that he first met Fr Luke Penkett, who at that time was a priest in the Celtic Orthodox Church.  This led to his meeting with me at around the time I too had discovered and joined the Celtic Orthodox Church.  We then progressed together in our new and final spiritual home, Cwyfan – his name from now on – as a monk, I as parish priest.  As Cwyfan progressed through ordinations to the Subdiaconate and then Diaconate he was assigned to our Parish of St Gwenn’s and to my pastoral care.  The distance between us limited the number of times he could be with us at St Gwenn’s, but thoroughly enjoyed the times we could be together.  We both valued the spiritual union and we kept in regular contact by telephone and Skype.  And we enjoyed many a visit together to our Monastery at Saint-Dolay in Brittany.  I have lost a lovely spiritual son.

When he stayed with us in Dorset, in addition to the opportunity to pray together, he became one of the family and had us both (especially Trish!) in fits of laughter with his endless fund of stories and vast repertoire of ‘voices.’  I think my favourite has to be his rendition of the Hunchback of Notre Dame!  I have received numerous examples of his stories from family members.

Jennifer told me: “Dad made a lot of ‘toilet’ jokes; guess that was the medic in him.  Nurses tend to be obsessed about that.  Whatever he said he had a way of making it seem the most important bit of information, like your life depended on it.  I loved him, and his stories, and especially the way he spoke.  Dad's words showed that he understood, and were affirming, encouraging, and sincere.”

Cwyfan did not enjoy perfect health.  His diabetes led to problems with foot infections, and his heart was not strong.  In fact he was to have received heart surgery later this year.  We were not surprised, therefore, that it was his heart which caused his sudden death.  We are gratified that his reposing was quick and painless.

Let light perpetual shine upon him, O Lord; and may he be forever in the radiance of Your Light.

Fr Leonard  (with thanks for family input)